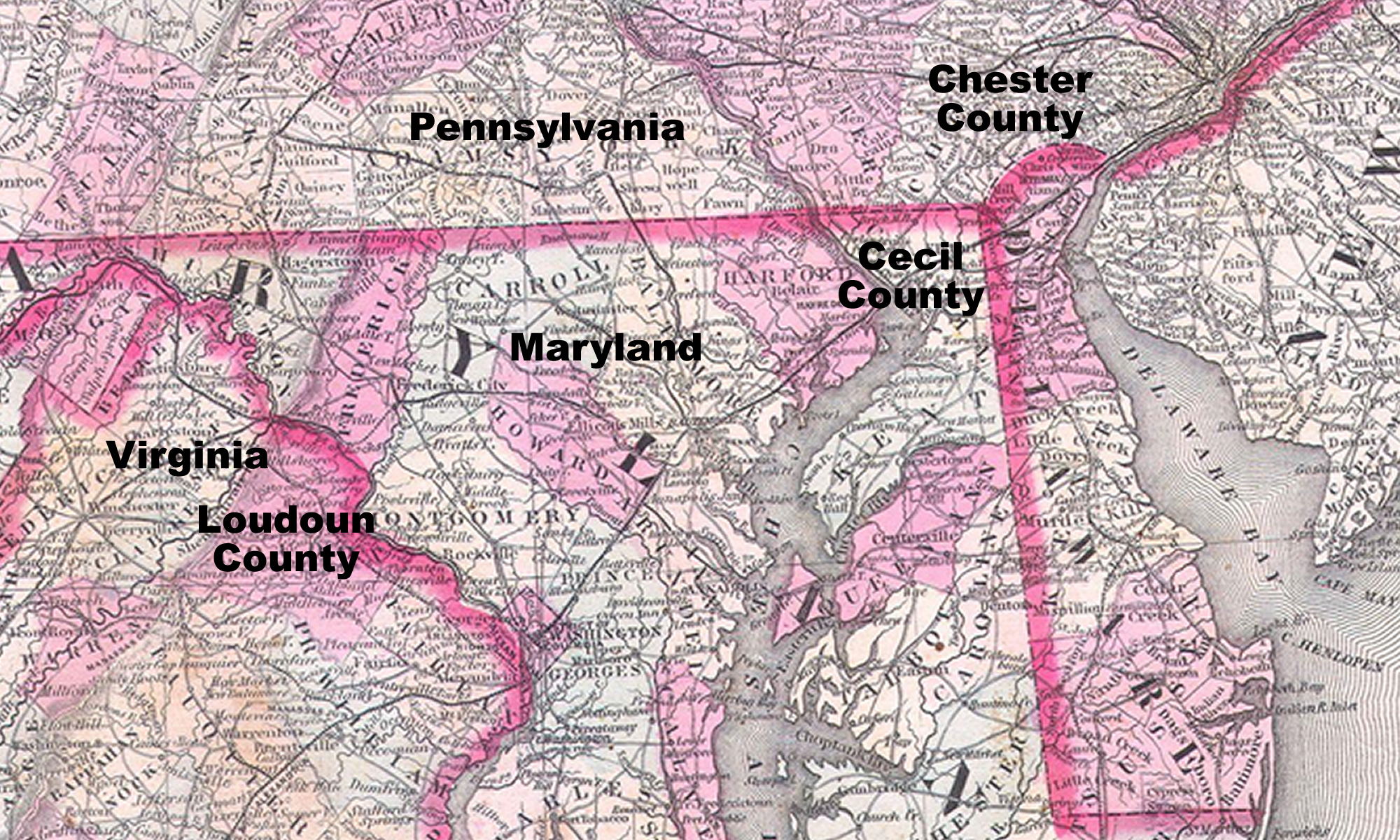 This is the family that everyone missed. This is also the family where I found the critical clue to everyone’s identity

I remember looking for George Kilgore in Loudoun Co., VA records many years ago, and finding nothing beyond a few mentions in the records and nothing that would include family relationships beyond those in the James Frier will of 1771.

However, in the last 10 or 15 years information held privately in the Kilgore family for over 100 years began to surface. Over a year ago, I searched for him again and found some speculation that he was from Cecil Co., MD and that his wife was named Bailey. I could not find anything sign of a Bailey in the area and put that research aside.

A few months ago, I returned to that research and looked at George Kilgore again. This time as I read over the posted family groups, I discovered several interesting facts.

The first interesting note was that every Kilgore posting said that George Kilgore had married Martina Bayley, daughter of John Bayley.

The second was the George Kilgore was from Cecil County, MD, where the Friers originated.

The third was that the Kilgores had the birth date for Martina Bayley (Dec 1, 1741) and the marriage date for George and Martina in 1763. George was born in 1739.

As I researched this family, I realized that the Kilgore family had retained a few ancestral traditions the Muir and Frier families had lost, chief among them the name of his wife.

No source was given for the dates in the first postings I found. However, another posting referenced the source of the information as a manuscript at the Virginia State Library File #27138, papers of Laura Hummer Cockerill. In checking I soon discovered that Laura Cockerill was a descendant of George Kilgore’s daughter Rebecca through Rebecca’s daughter Martina Bayley Fox. These include papers donated in 1962 to the library by Ethel H. Hummer, a later relative of Laura.

Since George did not marry either a Frier or a Muir, this eliminates the second solution, leaving only one possibility, that all three men married unrelated sisters.

There is one other twist. Since the Kilgore family believed that Martina was the daughter of John Bayley, their descendants had the same problem I had. They could not connect her with her true family.